Could Inflation Lead To A Recession?

Written by: The Zoe Team

Inflation or deflation can bring recession. Looking at the consumer price index can help determine how either scenario will impact your budget.

Whether your grocery store of choice is Wholefoods or Erewhon, perhaps you’ve noticed an uptick in prices. This year, inflation hit the highest rate (8.6%) since 1981. Without the need for an economics course, you know there is a tight relationship between inflation/deflation and the likelihood of a recession. Why? Because price variations affect demand, leading to imbalances in goods, which results in a slowing of the economic activity.

Naturally, with rising energy, housing, and food costs, there’s ample speculation around inflationary pressure and its repercussions. Of course, this raises concerns about how this will affect you and your wealth. To understand how the current economic situation can impact your wallet, let’s first look at the current outlook and how recession relates to inflation. 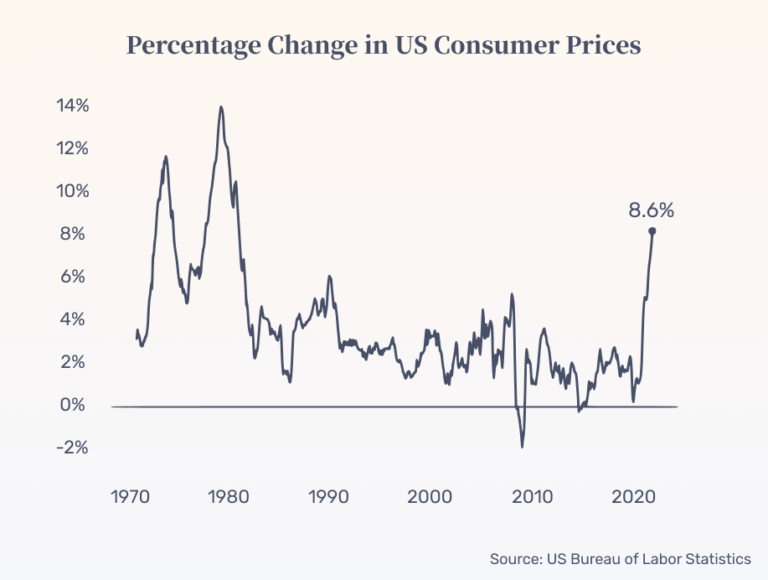 What Is Inflation (and Deflation)?

Inflation is a general increase in the economy’s overall price level of consumer goods and services. As a result, inflation leads to a higher cost of living.

Inflation mainly occurs for two reasons: first, when there is an increase in production costs, such as raw materials and wages. Second, when demand increases, consumers are willing to pay more for the product, leading to a price increase (aka inflation).

When the opposite of this happens, deflation appears as a general decline in prices. Deflation occurs only when price drops are so widespread that broad-based indexes of costs, such as the consumer price index, register ongoing declines.

How Are Prices of Consumer Goods and Services Evaluated?

Economists and Policymakers use the Consumer Price Index (CPI) to evaluate how the prices of products and services fluctuate throughout time.  According to the Bureau of Labor Statistics, the CPI is a tool that measures “the average change over time in the prices paid by urban consumers for a market basket of consumer goods and services.” That said, when the CPI sees a positive growth, we face inflation, and when it sees a negative change, we are upon a deflation.

This economic indicator measures the price fluctuations of items within the significant consumer spending categories, including food and beverages, housing, medical care, transportation, energy, and other commodities such as recreation and clothing.

Understanding the CPI practically, the changes in prices of goods mean that today (June 2022), you need around USD 1,732 to buy what you could have purchased in January 2000 with USD 1,000. With that in mind, the concern about inflation is that money saved today can become less valuable tomorrow.

What is a Recession?

A recession is a significant decline in economic activity and is officially defined as two consecutive quarters of negative economic growth. A recession can last anywhere from six months to more than one year. When a recession occurs, it signals economic imbalances that need to be corrected. Some potential recession indicators are falling gross domestic product (GDP), industrial production, real income, wholesale-retail sales, and rising unemployment.

An example of the consumer price index in action occurred following the Great Depression. In the late 1920s and 1930s, the weakening economy led to a general downward trend in the prices of goods and services. During this time, prices dropped, unemployment increased, and wage growth slowed. Due to these factors, household consumption decreased, and it caused sales to fall as well. This was a classic case of deflation caused by the recession, as seen in the CPI behavior during these years. 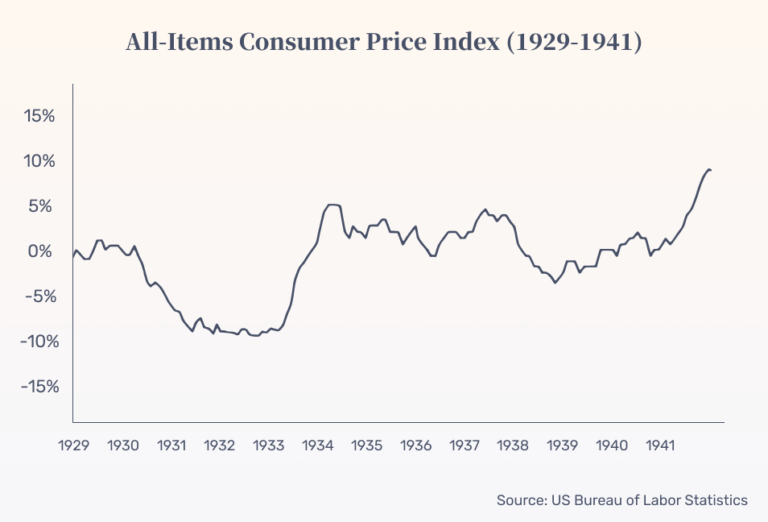 What Is The Economic Outlook Telling Us Now?

Recession or no recession? Will the inflationary pressure be strong enough to cause a recession? First, let’s see what the current indicators tell us:

– Core inflation:
This measurement, introduced by economist Robert Gordon in the 1970s, evaluates underlying inflation by discarding the records of energy and food from the basket of goods registered in the inflation index. These categories are filtered out because their prices tend to be seasonal and volatile. This year, when discounting these components, prices in the United States in May rose 0.6% for the month and 6% annually.

– Index of Consumer Sentiment
This index measures the level of optimism and how shoppers feel about the economic outlook. Overall, it gives a sense of consumers’ interest and willingness to buy things in the future. The preliminary results of the consumer sentiment Index revealed by the University of Michigan show that the consumer’s optimism is at 50.2 (vs. 85.5 in June of 2021). That said, the current economic outlook is affecting how people interact with the idea of the future.

Inflation is very much a reality right now, and while there is no officially a recession yet, the GDP did fall 1.4% in the first quarter of 2022, which was a drastic drop from the 6.9% jump in the last quarter of 2021. So far, the indicators tell us two things: prices are rising, and consumers’ optimism is falling.

Under this scenario, business planning uncertainty could lead companies to forgo projects that could otherwise enhance the investment dynamics and the employment rates. However, it is still uncertain.

How To Act Upon These Economic Pressures?

If you’re worried about how this economic context may impact your wallet, the best thing to do is not panic! Above all, keep in mind that timing the market is not the soundest investment strategy. While prices may continue to fluctuate, take a look at your finances, and start planning the following steps to be prepared for the future. If you are wondering how you should adjust your budget and investment portfolio due to the recession, finding the right advice can help.