Recent weeks have brought with them a new term for most, as headlines warn of the growing possibility of a W-shaped economic recovery. In this particular case, a possible coronavirus Virus resurgence and a late spike in company bankruptcies could be the culprits. But how does a “W” have anything to do with the economy?  According to the Congressional Research Service, a traditional economic cycle typically takes the shape of a “V” or a “U”. The economy is at a peak, dips, and then once more continues up steadily. A “W”, on the other hand, appears when the economy emerges from a recession, has a short period of recovery – seemingly a peak-, but then falls back into recession. It is often referred to as a ‘double-dip’ recession. 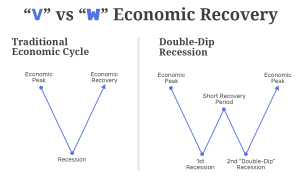 The indicators of recession such as personal income, industrial production, employment, and quarterly Gross Domestic Product (GDP) growth are determined by the National Bureau of Economic Research (NBER) and reviewed monthly. Taking into account the possible resurgence of coronavirus as a threat to each indicator, as well as a late spike in unemployment and bankruptcies, it’s impossible to speculate how short or long-lived economic recovery could be. That said, “double-dip” recessions occurred in the past and can help indicate how they’ve affected economies.

Note that “W” recessions are not very common and can only be noticed once at the tail-end of the second recession. In U.S history there are two important examples. The first occurred from 1937-1938 and the second from 1981-1982. Both are examples of the importance of the pursuit of policy persistence.

At the end of the period known as the Great Depression in 1933, the American economy began to recover with the support of various expansionary fiscal and monetary policies. Unemployment fell from 25% to 14% and the average rate increased to 9.0%. By the mid-1930s it seemed that economic stability had finally arrived, but in 1937 the economy plummeted again in a second recession- the second dip in the“W”.

Regarding inflation, the Federal Reserve began to increase the reserve requirements of banks three times, starting in 1936. This was due to the fear that banks would start lending excess reserves, a dire consequence as it could lead to an excessive expansion of credit and generate an inflationary increase. However, banks continued to take reserve saving measures based on economic instability of the early 1930s.

Ultimately, those savings disappeared due to the higher reserve requirements, and the banks sought to regain them by reducing loans. This led to a spending contraction. In 1936, after several years of large budget deficits, it seemed that the government could return to a balanced budget. Social Security taxes were collected in 1937, and the veteran’s bond was not renewed that same year. The effect of this was a fiscal contraction of 3% of GDP. These two contrary fiscal and monetary policies crashed and led to a recession, during which the GDP fell 4.5% and the unemployment rate increased to 19%.​ 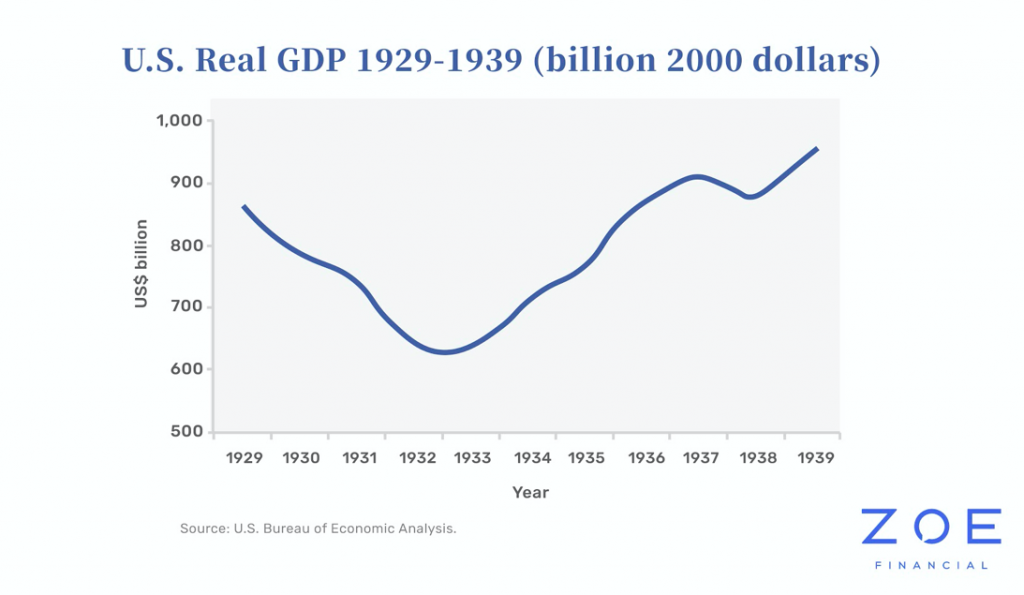 In the late 1970s, investing became a troubling issue for the United States. The inflation rate went from 2% to over 13% in late 1979. As a result, the Fed began to apply inflation reduction policies. The aggressive hikes to the federal funds rate reaching 18% during the spring of 1980. From January to July 1980, the economy fell into a small recession. Then the rise of the “W” began in the second half of 1980, but this recovery would last only until the first quarter of 1981. In the third quarter, the Fed continued to control inflation and applied a contractionary monetary policy which led the rate of Federal funds to increase by 19% by 1981. This large increase in interest rates caused the second dip of the economy until 1982. 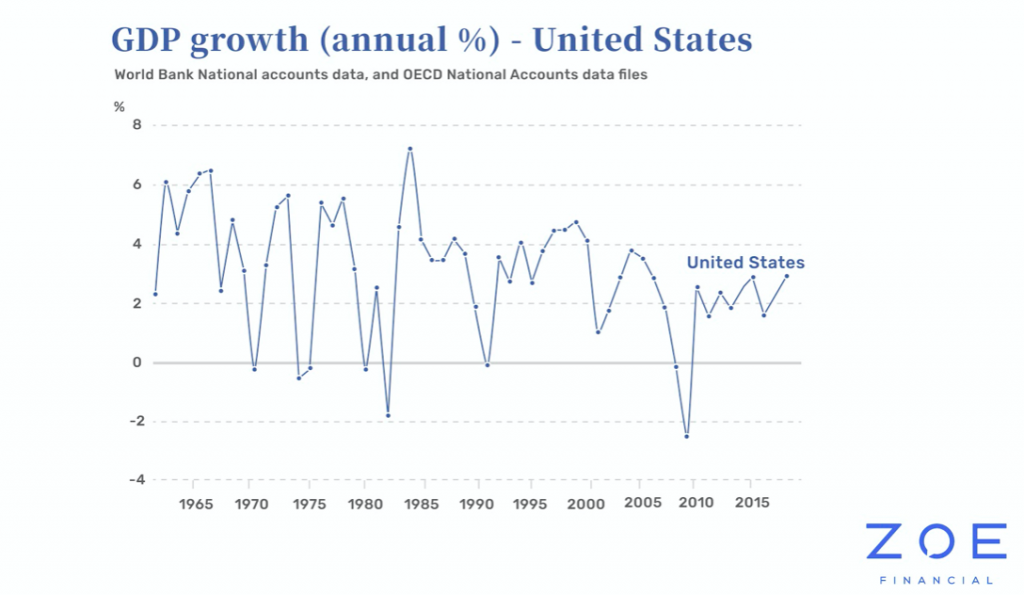 Opportunities to Ascend the “W” Roller-coaster

Both double-dip recessions discussed have one thing in common: both are partially the result of economic policy missteps. Looking towards a potential double-dip recession due to the coronavirus lockdown, there may be some early indicators such as a worldwide GDP forecast of a  6% contraction according to the IMF. While no one knows what’s going to happen, it’s important to note that this case is not a direct result of the economy itself, rather it’s like an ice age freezing the global economy to a halt. While we may see a double-dip recession, strong monetary and fiscal policy will likely alleviate the situation as in years past.