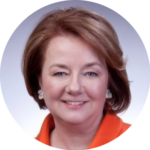 While closing the gender pay gap in society isn’t achievable by any one woman, savvy career management can help you build wealth over the course of your career and close the gap with your personal goals.

How do you define success? Some strive for wealth,  others work to maximize their impact, and some may have a happiness metric.  For many, your career choice and path will shape a great deal of your life, and it can be the driver of success however you have defined it.

I’m a wealth manager,  and I’ll focus on earnings power as one success yardstick.  From my own experiences and my clients’, I have observed that unless you have your own business or professional practice, you’re probably in an organization where taking on more responsibility or generating more revenue is key to building your earnings power.

While closing the gender pay gap in society isn’t achievable by any one woman, savvy career management can help you build wealth over the course of your career and close the gap with your personal goals.

You can’t control everything. I want to help you focus on the things you can.

Many of the hiring managers who offered me a role at key points in my three decades in finance were women. I’ve had great collaborations with male colleagues too, of course. Over time, I learned the power of sisterhood in the workplace.

Having a supportive group of women in your network can be extremely beneficial, helping you build confidence,  giving you more opportunities for growth and providing a sounding board at moments of self-doubt. Inside many companies, there is a group of women who advocate for one another, and if there isn’t one where you work, start it.

Let’s go back to the (slightly prehistoric) days of the Clinton presidency. I worked at a fine, very traditional wealth manager. It was early in my career, I had a two-year-old and truthfully I had no leverage in the organization. But there was a handful of very successful women wealth advisors who were great role models. We followed an unwritten code and always wore dresses and skirted suits to work.

My boss told me one day that she and two advisors were going to start wearing pantsuits. They didn’t ask for permission; they didn’t have to. They were above reproach and they knew it. The lesson here is not about the dress code, the lesson is: to stop worrying about perception. You’ve earned your credibility, and you can move forward. If you need courage, link arms with other women.

Does a woman who is the first or the only woman in a top job create a perception that it’s abnormal or too much to expect? Imagine the “first C-suite-titled woman at the company.” Is she admired because she’s rare? A unicorn? It’s easy for people in a  minority to wonder: “What am I doing here? I’m the only fill-in-the-blank roaming these halls”.  That feeling, known as impostor syndrome, chips away at your confidence, it’s insidious, and being aware of your thoughts will help you fight it.

Instead, reframe that: If you’re the first, you’re not a token, You’re the pathfinder and the leader.

3. Stand up for yourself

There is an assumption that women don’t negotiate as effectively as men, or at least that’s what we’ve heard. Like any stereotype, it’s true in some cases, not in others.  You may not have an accurate assessment of yourself as a negotiator… so assuming there is room for improvement, how can you raise your “Getting to Yes” game?

Going into a negotiation with your boss,  clients, or vendors, about anything from your own compensation to closing a deal:

The most important thing is to be ready with options that will accommodate your non-negotiables and get buy-in from everyone.

I once interviewed a guy to replace me when I had been promoted. I knew the candidate: he had my role at a competitor, and he was more than qualified. We would have been lucky to hire him.  His question for me was, “Can I become CEO from this role?”  I said, “Absolutely not.”

He didn’t take the job, and now he’s the CEO of a major tech company.  It is a tribute to his talent, ambition, maniacal focus, and career management. I did not even see the possibility! He, on the other hand, positioned himself in a role with greater visibility, in a dynamic sector, in a company that believed in him as much as he did.

5. Focus on your “big-picture” money

Once you have accumulated some capital, think about your finances not in terms of your cash flow (budgeting, spending, savings) but in terms of your return on assets. You can move the needle much more by getting your asset allocation right and improving your investment return than by depriving yourself: small-scale austerity will not enable you to grow your way to wealth.

We see a similar striking under-representation of women in senior management in finance, engineering, technology, and the highest-earning medical specialties.  While women are more than half of undergraduates in college today, they are minorities in STEM fields.  Much of the gender pay gap can be explained by the different professional “mix” among men and women.   Have women historically steered themselves away from high-earning professions because of a learned aversion to math?

A friend told me of her father’s insistence when it came to math schoolwork: always read a chapter or two ahead in the text. When concepts were taught in class, she knew where the material was headed. She learned more effectively, and most importantly, she created an upward spiral of confidence and achievement.

I found myself in graduate school challenged by linear algebra and calculus.  I hired a tutor, an unforgettable young woman who was triple majoring in Economics, Mathematics, and Physics, and had a weekly session with her for two months. It got me to a level where I could move ahead on my own.

As with so many fears, math phobia can be cured if you address it head-on and find support. If you need help with technical skills, get training.

Wherever you are in your career, this is your moment.  Progressive companies have launched Diversity, Equity, and Inclusion initiatives and are committed to hiring and promoting people in groups that have faced marginalization in the past.

Diversity is needed to balance management teams and broaden corporate mindsets.  There has never been a better time to speak up, step up, compete and succeed.  Partnering with a wealth advisor can help you translate career success and heightened earnings power into a strong financial foundation.

This blog is not investment advice and should not be relied on for such advice or as a substitute for consultation with professional accounting, tax, legal or financial advisors. The observations of industry trends should not be read as recommendations for stocks or sectors.

Is it Time to Nix the Niche?