What Investors Should Do as the Stock Market Sells Off 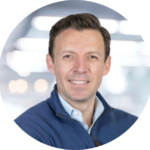 What Investors Should Do as the Stock Market Sells Off

The uncertainty involved in hiring a wealth planner makes it unsettling to take the jump. You’re investing in yourself and in the future, so you shouldn’t overpay in advisor fees.

Investors have a lot on their plate lately. With stocks seeing higher volatility, many are scratching their heads debating the best course of action. As often occurs during moments of market uncertainty, investors develop a cloudy vision alongside flashing “sell” or “buy the dip” signs. To best understand what you should do as the stock market acts up, let’s dig into what is happening, what it could mean for your investments, and what you should do about it.

What is Happening to the Stock Market?

The ongoing forest fire that is the Omicron variant, alongside the prospect that the Federal Reserve will hike interest rates to fight rising inflation have all reaped havoc for the markets. This is why you’re seeing headlines claiming “correction territory.”

For the past 30 years, the Fed didn’t have to worry about high inflation. In fact, it actually worried that inflation was too low! During the last 9 months, that changed as inflation shot up well above the U.S. Central Bank’s expected amount. The Central Bank essentially has two jobs:

As inflation started to rise, the Central Bank reinforced that it was “transitory.” The expectation was that inflation would decrease after a couple of months, but after 6 months of inflation moving above 4%, the Central Bank changed its tune and is now signaling that it will hike short-term interest rates this year.

Zero rate short-term interest rates accompanied by the Central Bank purchase of longer-term bonds flooded the economy with liquidity. The loose financial conditions pushed investors towards higher risk and return profile investments such as growth stocks and cryptocurrencies. Since the stock market is forward-looking, the Central Bank’s signaling that interest rates will rise this year led to a rapid stock market sell-off.

What is a Market Correction?

You’re likely wondering where the “market correction” everyone keeps talking about comes into play. A market correction is when stocks drop 10% from their most recent high. While that “10% trigger” is rather arbitrary, it is a signal that investors are feeling pretty pessimistic. That said, this is a normal part of market volatility and can happen for a multitude of reasons.

It’s been almost two full years since the last market correction, so it was a bit overdue. On average, there is a market correction of 10% every 1.6 years. Yes, you read that right – don’t run for the hills just yet! 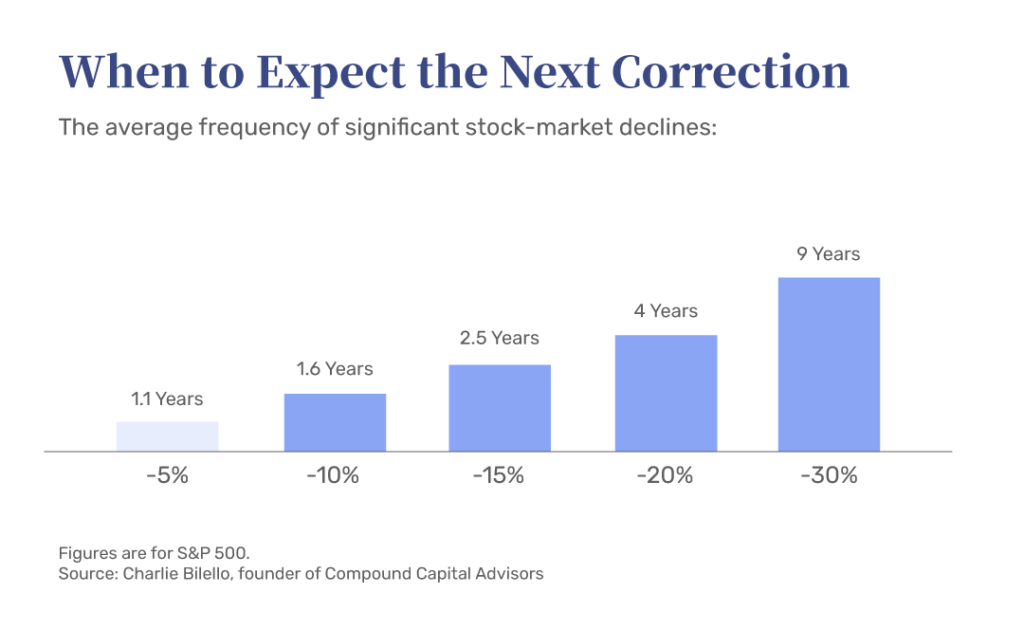 When you think of market corrections, you might have flashbacks to overstocking on toilet paper back in March 2020, the 2007-2008 Housing Crisis, or the Dot Com bubble. It’s normal: our brains automatically go to the worst-case scenario since we’ve been primed for self-preservation. We mentally go into survival mode and try to prepare for Armageddon.

Although fear is a natural instinct, it’s not always logically appropriate for the circumstances. There are many reasons that the market could go down, and several reasons that suggest it could go up. As the New York Times reported, “Concerns that the Federal Reserve will move aggressively to remove the economic stimulus to fight inflation, fears over armed conflict between Russia and Ukraine, and a rethinking of high valuations after a long bull market have all contributed to the rapid reversal.” Here’s what all of these reasons have in common – they are out of your control.

What Investors Should Do as the Stock Market Acts Up?

Seasoned investors who have ridden the ups and downs of the market rollercoaster know that the best self-preservation technique is to focus on what you can control. One thing that has held true: The market eventually goes up.

If this dip has your stomach in knots, it’s a good time to connect with your wealth advisor and reassess your risk tolerance to ensure your current portfolio is the right one for you. Maintaining a long-term perspective is key to riding out the waves of the market’s volatility.

A wealth advisor should be your rock. They can ground your emotions in reality, give you perspective, and counsel you through any action to take. When the market takes a dip, advisors are proactive in reaching out to initiate these conversations. They can help you reevaluate how much risk you’re taking and help you chart a way forward that keeps your goals and future wealth in mind. For example, wealth advisors have strategies like tax-loss harvesting that can be implemented to take advantage of the market dip.

Above all, it’s critical to remember that no investor or advisor can time the market. In fact, meaningful market returns are gained through time in the market. Keeping historical context in mind, particularly the likelihood of market corrections as well as the uncertainty around shifting economic policies by the Fed, can help you weather the storm of a volatile stock market.