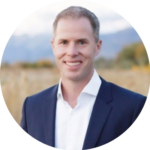 Have you ever made someone so happy that you remember it to this day? What if you could add a tax benefit to that feeling?

Have you ever made someone so happy that you remember it to this day? What if you could add a tax benefit to that feeling? There’s a reason why people dedicate so much time and effort to giving, volunteering, and acts of kindness. For some, it’s being polite, saying thank you, giving a compliment or a thoughtful gift to a loved one. For others, it’s donating clothes, toys, money, and time. Regardless of the act, charitable giving is a powerful force for good. We underestimate the value of small actions, and sometimes we may even think they’re pointless. They’re not.

There’s a reason why the most thoughtful gifts are the ones that make us happier. When we know the time and thought that was put into the gift, we appreciate it more. The thing about giving is that it has to be done wisely, at the most effective times, and in a way that adds meaning to your life. If done in this way, charity can improve the life of the giver, the receiver, and the entire community.

In fact, various studies show that people are happier when they give! Yet every person has a different situation (cause, preference, or donation amount) that brings a smile to their face. What if you could make that smile even bigger through an added tax benefit?

One of the most notable tangible benefits of charitable giving is the tax reduction it creates. Read on to discover the most effective and popular ways to give effectively from a tax minimization perspective.

Did you know Congress has limits on the amount that can be deducted each year for charitable giving? These limits are relative to the taxpayer’s Adjusted Gross Income (AGI) and vary depending on the type of donation that is made.

Any amounts donated that exceed these limits can be carried over for, in most cases, up to 5 years until the excess is used up. For example, a taxpayer may not know what their AGI will be when they make a gift, or they may desire to give a large gift all at once. The ability to carry over the deduction to future years keeps the taxpayer from losing the tax benefit of the gift.

Let’s navigate through the strategies that, if implemented appropriately and consistently over time, can provide the most significant tax savings:

For highly appreciated assets, this method of charitable giving is extremely tax efficient. In addition to saving the tax on the gain in value, you also get to deduct the full market value of the donation against your earned income. Taxpayers in the highest marginal tax bracket who also pay state income tax can reduce taxes due by 60% to 70% of the market value of the donation using this method.

While almost any appreciated assets can be donated, publicly traded stocks and real estate are two of the most common. Let’s take a look at each one:

Publicly traded stock is one of the easiest ways to support a charity. Because publicly traded stocks are priced every day in the market, the value of the stock is readily available. In addition, many charities have a brokerage account established, and they can provide you with instructions to transfer the shares into their account. You’ll want to transfer the assets in kind rather than selling them so that you don’t have to pay the capital gains taxes on the appreciated stock.

Keep in mind that if you have a stock with a capital loss (meaning that the current value is less than what you paid for it), then you’ll want to sell the stock first, and then donate cash. That way, you can take advantage of the capital loss on your taxes.

Like a privately held business, real estate often has significant unrealized capital gains. Donating a portion of or an entire property can be another way to support your favorite charity while also reducing your taxes. However, donating real estate can be a little more complicated. In general, the charity will want to liquidate the property quickly. So, if you have some real estate you’re looking to donate, talk to the charity to see if they’d be interested in receiving the gift. If not, consider a DAF. Some DAFs specialize in receiving donations of complex assets, like a condo in Shanghai.

If you’re getting ready to sell all or a portion of your ownership in a privately held business, you may be worried about the tax implications of doing so. Donating a portion of your business to a charity before you sell can be a great way to reduce the tax impact of the sale. If you use a DAF to facilitate the donation, you can wait to decide which charity to grant the money to in future years. As not all charities are set up to take ownership of privately held businesses, you will either need to work with a charity that is able to receive this type of gift or donate to a DAF. More on that later.

Because the value of a privately held business is not readily available, this type of gift usually requires some legal documentation as well as an appraisal by an independent third party to determine the value of the donation. Given the cost of the legal documents and appraisal, large donation amounts are required to make it worthwhile.

Some other key points to keep in mind are that some company structures and operating agreements may not allow for this type of ownership transfer, so it is important to have your documents reviewed prior to agreeing to a transaction. In addition, the IRS requires that the donation is made before the transaction is finalized, which may create an issue if the deal were to fall through for any reason. It is recommended that you work with experienced professionals for this type of transaction.

Many charitably minded individuals have significant assets accumulated in tax-deferred accounts, like an IRA. Once these individuals turn age 72 (or age 70 ½ before 2020), they must start taking required minimum distributions, or RMDs, from these accounts. However, many individuals don’t need the funds they are required to distribute. Fortunately, you’re allowed to transfer up to $100,000 per year directly to a qualified public charity in what’s known as a qualified charitable distribution, or QCD. In addition, these QCDs can begin once someone reaches age 70 ½, even before RMDs begin at age 72. Because the funds are transferred directly to the public charity, the amount donated does not count as income to the taxpayer even though it satisfies the requirement for the distribution.

Given that many taxpayers at age 70 and above are taking the standard deduction, and various government benefits such as Medicare premiums are calculated based on AGI, being able to not recognize the income from the RMD allows the taxpayer to benefit from the full donation as if it were a deduction while reducing the AGI.

Typically, other charitable arrangements (like a DAF or a CGA) can accomplish the objectives of a donor in a more cost-effective way than a trust. But if you’re considering establishing a charitable trust, talk to an estate attorney who can help you determine whether such a trust is right for you.

Cash donations are the most straightforward way to give, but they are also the least efficient. Because cash donations do not include any appreciation or unrealized gain in value, donors only receive an income tax deduction for the value of the cash donated.

In addition, if the value of the other itemized deductions for the year does not exceed the standard deduction, there is either only a partial or potentially no tax benefit for the donation. However, many charitably minded individuals may not own any appreciated assets outside of a retirement account, in which case cash may be the only option.

The only other reason why someone might give cash over the other options outlined above is that cash donations are allowed a higher AGI limit (60% normally and 100% in 2021) than other forms of giving. So, for individuals who want to maximize their tax deductions, giving cash may be beneficial.

A private foundation can be a good option when a high net worth donor wants more flexibility in grant-making than can be accomplished through a DAF. It can also be a good option if they want to employ family members (i.e., pay them for their time) or others as they engage in philanthropy.

Impact investing may or may not provide tax benefits, but it is a way for people to support a cause that is important to them while hopefully receiving a positive return on their investment. Often, the motivation behind impact investing is to set up a business or organization that provides some social benefit in a sustainable way so that the initial investment can be used to help for many years to come as compared to a one-time gift.

Some DAFs allow for impact investing within the DAF. By using a DAF to facilitate impact investing, the contributions to the DAF were already tax-deductible, so donors are often less concerned about the returns they receive when they engage in impact investing.

If you have a specific charitable activity that you want to provide and you can raise at least 33% of the funds from the general public, public charities, or the government, you may consider establishing a public charity.

Donations to public charities are subject to a higher % limit of AGI and they are exempt from federal and state income taxes. Donors are allowed to donate to their own public charity if one of the two Public Support Tests are followed as outlined in the instructions to IRS Form 990.

The decision of whether to set up a public charity is certainly not just a tax question. However, if you were considering setting one up anyway, the tax benefits are a plus.

We’ve Covered Charity and Tax Benefits… Why is it Relevant?

Tax planning is something that you can’t leave out of your financial plan. Taking advantage of the tax benefits available to you can save you a lot come tax season.

The most important part of it all is that the act of giving can also be beneficial to your financial planning strategy. Most of the time we assume everything we have is taxed. However, looking deeper into your strategy, your values, and your priorities can bring you a better outcome than you expected.

There are numerous strategies available that allow you to give generously and lower your tax bill at the same time. Understanding each one will give you a better idea of how you want to navigate your taxes this coming year.

Above, we spoke about the strategies that, if implemented appropriately and consistently over time, can provide the most significant tax savings. There are thousands of reasons to donate to charity, we like to think about tax savings as a nice perk to it!