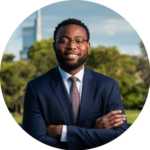 Retail investors today, for the most part, understand that market risk comes with the territory. However, despite its prevalence in today’s world, headline risk is not often addressed.

It is no secret that investing in the stock market comes with inherent risk. Retail investors today, for the most part, understand that risk comes with the territory. However, risk is a blanket term that covers numerous reasons why an investment may not perform as expected or provide an outcome as anticipated.

Risk Comes In A Variety of Colors

One example is market risk, or systematic risk, to which stocks are susceptible. Market risk is the possibility that an individual or other entity will experience losses due to factors that affect the overall performance of investments in the financial markets. For example, in some circumstances, a stock’s price movements can be influenced by the volatility of the stock market in its entirety.

There’s concentration risk. Concentration risk is the potential for a loss in value of an investment portfolio when an individual or group of exposures move together in an unfavorable direction; it is the risk of loss when your savings are concentrated in one position. The list goes on: credit risk, duration risk, inflation risk, liquidity risk, and many more.

Caution: Be Mindful of Headline Risk

There are copious amounts of risks that investors should consider when investing. However, one risk that is not often addressed, despite its prevalence in today’s world, is headline risk. I’m not referring to the risk when a publicly traded company or commodity suffers a sell-off due to a negative headline or news story. Instead, I’m speaking to the risk that every investor subjects themselves to when consuming their nightly news or reading their morning paper.

We all know that negative news is an engineered device. The adage goes, “If it bleeds, it leads.” We, as informed investors, need to keep this in mind as we navigate the daily news cycle. When you pay attention to the verbiage used in the media, you will find that they tend to use the most dramatic language possible. For example, “The tech sector soars after strong earnings” or “Inflation readings cause stock futures to plummet”. However, when you look at the indices, they sometimes have only moved a quarter of a percent or less. Imagine if we spoke like this in everyday situations. Do we say, “the elevator soars up to the 25th floor or plummets down to the lobby?” Of course, we don’t. The market goes up and down. That’s simply the reality of it.

Should We Always Believe Articles That Start With “Breaking News”?

Not too long ago, I recall walking into the lobby of my office building and observing someone intently watching a major news network on the large monitors. The anchor reported on newly released inflation data, and the title card said “Breaking News: Stocks sell-off despite positive inflation data,” all in red boxes. At first, I paid no mind as I know how the media loves to focus on the negative. However, I noticed that about 90% of the tickers at the bottom of the screen and all of the major stock indices were up at least 1% or more. The juxtaposition was laughable. Despite the positive trading session, the media decided to focus on the one sector where stocks were not performing as well as the broader market.

But it doesn’t end there. As much as I would love to put the onus all on our major media networks, I must mention the growing number of online journalists adding fuel to the fire. It’s not hard to find articles with headlines quoting hedge fund managers or research analysts claiming the sky is falling. And the only reason why they are trending is that they may have “predicted” a correction in the past, so obviously, they might be on to something this time. However, rarely mentioned in these articles is that this same individual with a crystal ball has been predicting a correction for the last ten years. Broken clocks, my friends. Broken clocks.

I am not petitioning a boycott of the news outlets. Instead, I ask that you keep in mind that the news station you watch and the articles you read have one goal: to ensure that you continue consuming their content.

Hold Tight, The Sky Is Not Falling

Many reports show that Americans increasingly avoid the news due to its negative impact on their mood and mental health. I hypothesize that the news cycle has affected some Americans’ sense of financial security. For example, I met someone who told me explicitly that he was so worried about the interest rate hikes towards the end of 2018 that he moved his entire million-dollar IRA to cash. When I asked him why, he told me that he read an article online outlining how the interest rate hikes would catalyze a bear market, and he was too close to retirement to recover his assumed losses.

The market did sell off, and at the end of 2018, the S&P 500’s calendar return was ~4%. For those of you who may not recall, in 2019, 2020, and 2021, the S&P 500 had annual returns of approximately 31%, 18%, and 28%, respectively. Why is this important? When I spoke with this gentleman in January of 2022, his portfolio was still in all cash. He may have luckily timed a market pullback and avoided some losses in 2018. Still, as he waited for the “right” time to get back in the market, reading countless articles calling for a correction (that never came), he missed out on incredible subsequent returns in the years that followed. Imagine how much more prepared this gentleman would have been for retirement had he just held on or even consulted a Financial Planner.

So, this begs the question. How do we stay informed about market risk without impacting our mental welfare?

I’ll tell you what I say to my clients, “Turn off the TV and go outside. It’s beautiful out.”

It may seem like an oversimplified solution, but the correlation is evident: my clients who pay less attention to the financial news tend to be more optimistic and have more peace of mind than those who consume more content.

Just remember, avoid the noise as much as possible, and focus on what you can control. Work with a financial planner. Then, when the news gets you down, you can turn it off, knowing you hired a trusted Financial Planner to do the worrying for you.

The Benefits of a Revocable Trust

Why Investing is Like Shopping in a Grocery Store

The Benefits of a Revocable Trust

Why Investing is Like Shopping in a Grocery Store